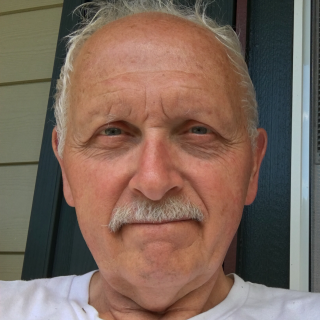 Arpaio said volunteers would receive 100 hours of training, drive marked vehicles and, in some cases, be armed with automatic weapons. They would not enter the school unless they observed an immediate threat.

About a dozen people protested the anti-school gun violence training. “No gun should ever be in a school,” said Fountain Hills resident Cynthia Wharton.

“We are paying him to have certified deputies here, not to bring a circus and not to use our town as a political platform,” Guadalupe town councilmember Andrew Sanchez said to the Associated Press.

The Maricopa County’s volunteer posse is one of the largest in the nation and boasts nearly 3,500 members. Arpaio announced this week he wants to add 1,000 more people to his posse. In the past, they have been asked to patrol shopping malls, scope out illegal immigrants and track down dead-beat dads behind on alimony, according to ABC News.

Seagal was already a posse member prior to Saturday’s simulation and his A&E TV reality show “Steven Seagal: Lawman” followed his adventures as a deputy sheriff for Jefferson Parish, Louisiana. The action film actor has also been deputized with the sheriff’s offices in New Mexico and Texas.

From an online article on NYDailyNews.com / U.S

I enjoy the thrills and cathartic release, and the fantasy sense-of-vindication most anyone derives from watching violent action movies, involving fantastic car chases; spectacular feats of physical agility; punishing, prolonged fight scenes of superhuman endurance and resilience; and equally fantastic shoot-outs between the GOOD Guys and Girls and those on the Dark Side But I am a stark realist when it comes to the actual practices and establishment of policies relating to the defense and protection of REAL PEOPLE and REAL CHILDREN, at school or anywhere else

While I have enjoyed watching the movies of Steven Segal, and other actors who portray heroes from law enforcement and the military, in the plentiful number of American-made action films, I believe too many Americans have become deluded about what is real, and what is fantasy. Delusion does not only inhabit the purview of the mentally ill. There is no dearth of delusion among the sane members of society who choose to believe things based solely on their emotions and beliefs, not on facts or empirical knowledge. Many people base their beliefs on what they have heard or accepted as common knowledge from other people who have repeated things they believe to be factual or empirical truths, couched in authoritative tones of credibility. Many people in positions of authority and public trust are assumed to possess the expertise and credibility of their position and background. Yet how many of them have actual training, empirical knowledge or first-hand experience with what they talk about with authority? How many have sought the counsel of multiple actual experts? How many have seriously considered even a few of the blind spots of their individual perceptions, or engaged in critical analysis of the strengths, risks, pitfalls and actual effectiveness of what they support, or propose, as a course of action?

Many people, especially some celebrities, seem to “know” the correct and effective course of action to deal with every problem in our society. But frequently what I see in the current flurry of activity and decision-making revolving around gun control, and the protection of our school children, are knee-jerk, emotional reactions based on “Hollywood” action movie solutions to real-world problems. There appears to be a strong tendency to believe these fantastic fantasy responses will solve the problem, while carefully ignoring, avoiding, or disdainfully scorning the employment of critical, rational thinking based on facts, empirical knowledge, logic and scientific inquiry into how best to protect our citizens, and especially our children. When I was in the Academy, learning the basics of becoming a peace officer, this was known as the “John Wayne Syndrome.” In all the law enforcement training I had after the Academy, and in all the books, and credible analysis of police tactics and strategies “Tombstone Courage” was not the recommended plan of action – it was generally considered foolish, immature, and delusional – the realm of rank rookies!

Definition of Delusion: an idiosyncratic belief or impression that is firmly maintained despite being contradicted by what is generally accepted as reality or rational argument, typically a symptom of mental disorder.

I submit that the actions of many, if not most, mass murderers (including those intent on suicide, as well) in the United States, and in other countries, are based on delusional thinking about personal problems, relationship problems, religious and political problems and beliefs. They are delusional because their violent, irrational actions rarely have the intended effect, other than a violent discharge of power over other human beings. Rarely are we able to understand or discern the reasons or motives for these violent, horrific acts.

I don’t believe a superficial and delusional response to these type of incidents will be effective. I do believe that putting more guns in the hands of “volunteers” with the meager training they will receive in a little more than two weeks will have dreadful, tragic, unintended and unforeseen consequences in many, if not most cases, should these volunteers be called upon to respond to an actual armed assailant.

I am retired. But I spent more than 36 years of my life immersed in real law enforcement experiences and training. Thirty of those years were spent mostly in a patrol car and on the streets, personally dealing with the real problems of my real fellow human beings; facing real people, with real weapons, real anger, real hatred, real potential for violence. I have been involved in violent struggles with people under the influence of various drugs, alcohol, anger, fear, and extreme desperation. Some have been mentally ill, depressed, suicidal, homicidal, or grief-stricken to the depths of their souls. I have witnessed death in many of its most horrific forms, memories forever etched into my mind. I’ve seen human kindness, tenderness, generosity, and unbelievable honesty. I’ve also endured too many lies, deceits, scams and mindless cruelty. I’ve seen trained law enforcement – rookies as well as “seasoned” officers – make potentially life threatening mistakes of judgment, assessment and tactics. I’ve been a student of officer safety and tactics for my whole career, and I frequently observe officer and public safety issues while watching pursuits or other police activities broadcast on the news. I have read hundreds, if not thousands, of officer-involved shooting incident reports and analysis. I have been privy to many personal accounts from police officers about their shootings and critical incidents and i have read extensively about actual individual experiences in life and death situations where mistakes, misperceptions, and misjudgments were made by the involved officers. Some of these resulted in the death or injury of the officer(s) involved; some in the death or injury of innocents, including children; some resulted in the death or injury of the actual suspect; sometimes neither the officer or suspect were shot or injured, despite a furious gunfight that occurred within seven to ten feet. Sometimes mistakes in judgment, assessment or perception failed to cause death or injury sheerly by chance, good luck, or by the grace of God!

Steven Segal may have been, and quite possibly may still be, a fine practitioner of martial arts skills and practices, but I think he does a disservice to the volunteers, and to those leaders in the community, and/or school district, who trust him to be able to impart to them the martial arts skills and proficiency with firearms to protect school children against an armed attacker intent on murder and suicide. As a former member of law enforcement, I also admired Sheriff Joe Arpaio at one time, in the distant past. This admiration sprang mostly from his no-nonsense attitude toward running his jail system. From what I have learned in recent years about his law enforcement philosophies and tactics, much of it from his own lips, I have come to the conclusion that he is a less-than-rational, shoot-from-the-hip, hothead. His beliefs, philosophy and practice of enforcing the law and attacking the problems in society are grounded more in celluloid fantasy and “Hollywood” tactics, rather than reality. I believe his self-inflated ego and action-hero vision of himself are dangerous and delusional, considering the legitimate power (legal and political) he has at his disposal.